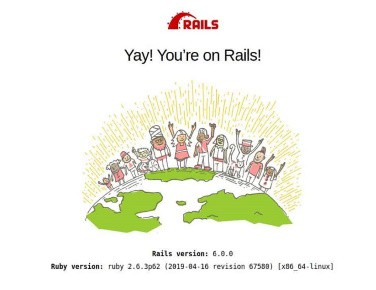 Recently I started learning to code.

No, I’m not looking to change careers.

I’m doing it because I realised that code gives you the ultimate leverage. It’s the literacy of the 21st century.

I’ve tried to learn to code a couple of times before, years ago. I gave up back then because it is hard. But so is learning any skill that has value, at least at the beginning.

I also never saw myself as a software developer. But you realise that coding has so many benefits (thinking logically, solving hard problems, saving time etc) and is not limited to certain group of people. It is like literacy and almost everyone has access to do.

Choosing a programming language to learn

There are so many options out there when it comes to programming languages.

I got stuck for a little while at this question. The answer is:

It does not matter! The important thing is to start coding and persevering to proficiency.

How I picked Ruby on Rails

After getting stuck at the above question, doing research, reading blogs, asking people, everyone had a different answer to what programming language one should learn first. After all, they were all suggesting what they knew and what they liked.

It takes less than two minutes to make the decision. In the end I asked myself – why do I want to learn to code?

For me, the answer was: I want to learn to code to build out my own product ideas, be a better marketer, and have the freedom to do the work from anywhere in the world.

So the next question is: What language that was going to get me there the quickest?

Remember, I’m learning to code for the results, not for the sake of coding.

Ruby on Rails seemed like the easiest language to learn quickly. So I picked that.

In the first couple of days of learning Ruby, I knew I picked the right language as the syntax made sense to me, and I liked the principles of Ruby on Rails – Don’t Repeat Yourself (DRY) and Conventions over configuration.